Scissors are involved, so this is not for little children, but it’s a really easy project. This is something you can do during a good movie.

The kids can decide on the theme and the colors of the tree.  Alternating between plain and colored liners might be a nice idea.   It’s not really meant to have decorations placed on it, but a small garland could be added.

I’m not sure if this tree will last forever, but it will definitely create some Christmas memories.

If you’re making your own cone, roll the cardboard into a cone and glue in place. Cut the bottom off the cone.

Tip: As you get to be an expert, you can fold and cut multiple liners!

When You Get Near The Top

Alternative Method Of Cutting The Liners

This method involves more folds, but you might prefer this look. It’s done with mini cupcake liners in this video, but it’ll work for any size. 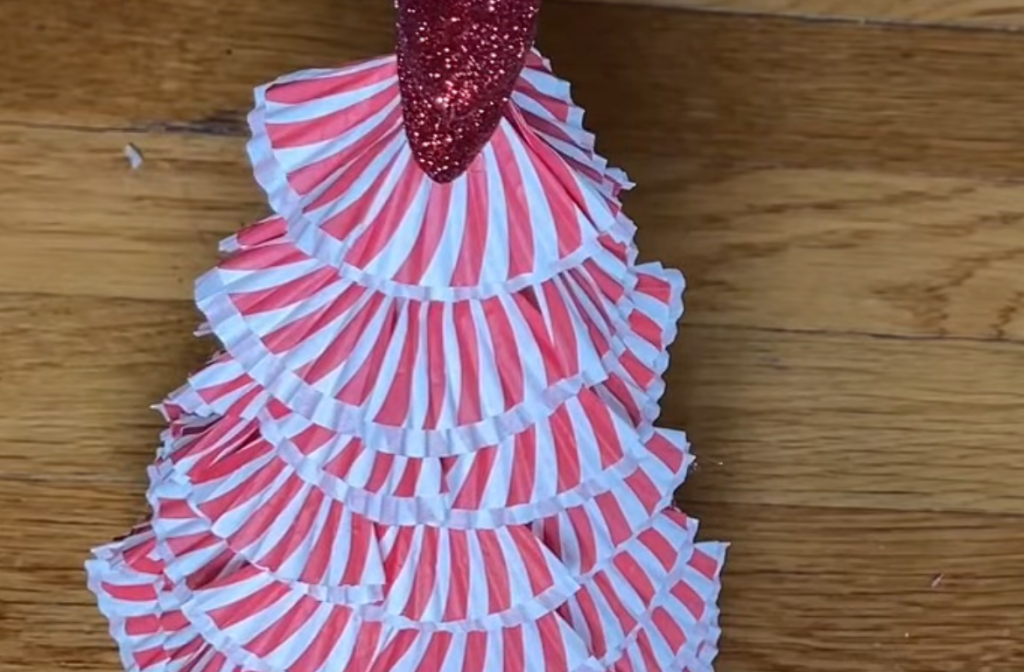