Yes, Australians celebrate Christmas! In fact, the Christmas season is one of the most popular holidays in Australia. Australians love to celebrate with family and friends, and they often spend Christmas Day outdoors enjoying the warm weather.

Overall, Australians celebrate Christmas in much the same way as people in other countries celebrate the holiday. They enjoy spending time with family and friends, exchanging gifts, eating traditional food, and participating in festive traditions.

Who Celebrates Christmas In Australia?

What Do They Call Christmas In Australia?

Australians call Christmas “Christmas Day” just like people in many other countries.

How To Say Merry Christmas In Australia

Christmas falls on December 25th in Australia, just like in other parts of the world. Christmas occurs a couple of weeks after the beginning of the school kids’ summer holidays, so for many, it’s a time to relax and enjoy the warm weather.

When Is Christmas Eve In Australia?

Christmas Eve falls on December 24th in Australia. An Aussie night before Christmas is a chance to attend church services, enjoy a festive meal with family and friends, and sing carols.

On Christmas Eve, many Australians put out a plate of food and water for Santa’s reindeer, and leave out a present for Santa Claus himself. Many families often stay up late on Christmas Eve wrapping presents and spending time together.

What Season Is Christmas In Australia?

If you’re used to celebrating Christmas in the cold weather, you might be surprised to learn that Christmas in Australia, being in the Southern Hemisphere, is celebrated in the middle of summer! That’s right, while folks in the Northern Hemisphere are bundled up in coats and scarves, Aussies wear shorts and t-shirts for their Christmas celebration.

Christmas in Australia is a time to relax and enjoy the company of family and friends. The warm weather and long days make it the perfect time to get outdoors and enjoy all that the country has to offer.

Whether you celebrate in July or December, one thing is for sure: Christmas in Australia is a unique and special experience that you’ll never forget! 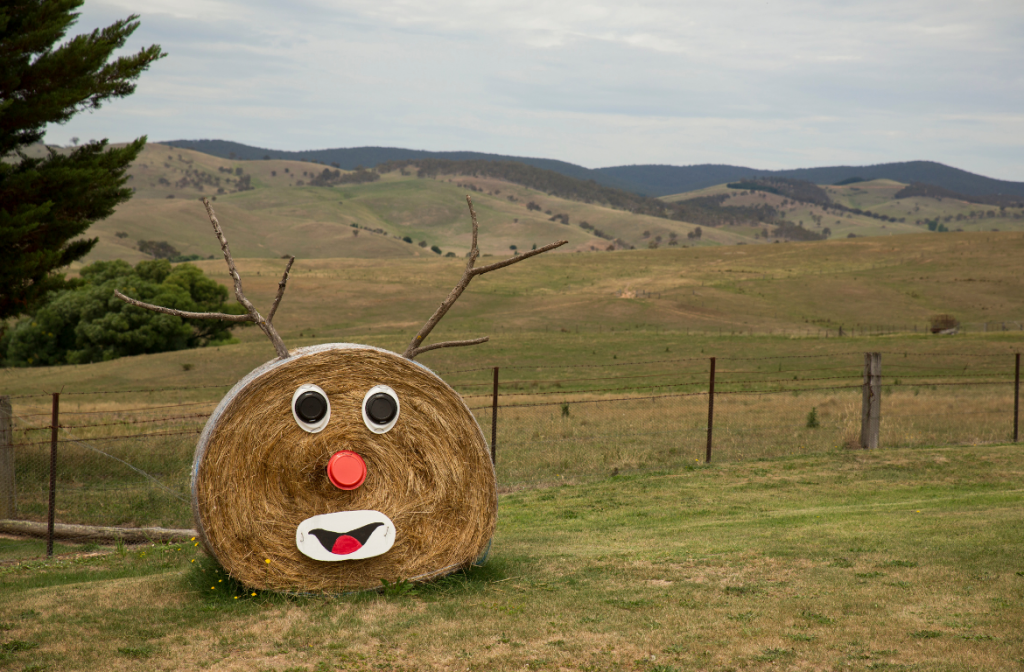 How To Spend Christmas In Australia?

There are many Christmas traditions that Australians have adopted from other cultures, as well as some that are uniquely Australian. Here are some of the most popular ways to celebrate Christmas Down Under:

Christmas trees are a popular decoration in homes all over Australia. Just like in the Northern Hemisphere, Australians put up decorated Christmas trees in their homes. The most popular type of Christmas tree in Australia is the Norfolk Pine, which is an evergreen tree that is native to the South Pacific islands. These trees can grow to be over 100 feet tall, so if you have one in your home, it might take a little bit of extra effort to decorate it!

One of the most popular Christmas traditions in Australia is decorating your home with Christmas lights. This tradition started in the 1950s and has become more and more popular over the years.

Nowadays, you can find homes all over Australia that are decorated with twinkling Christmas lights. Some people even go so far as to decorate their whole houses with lights, and it has become a popular tourist attraction to drive around and look at all of the decorated homes. 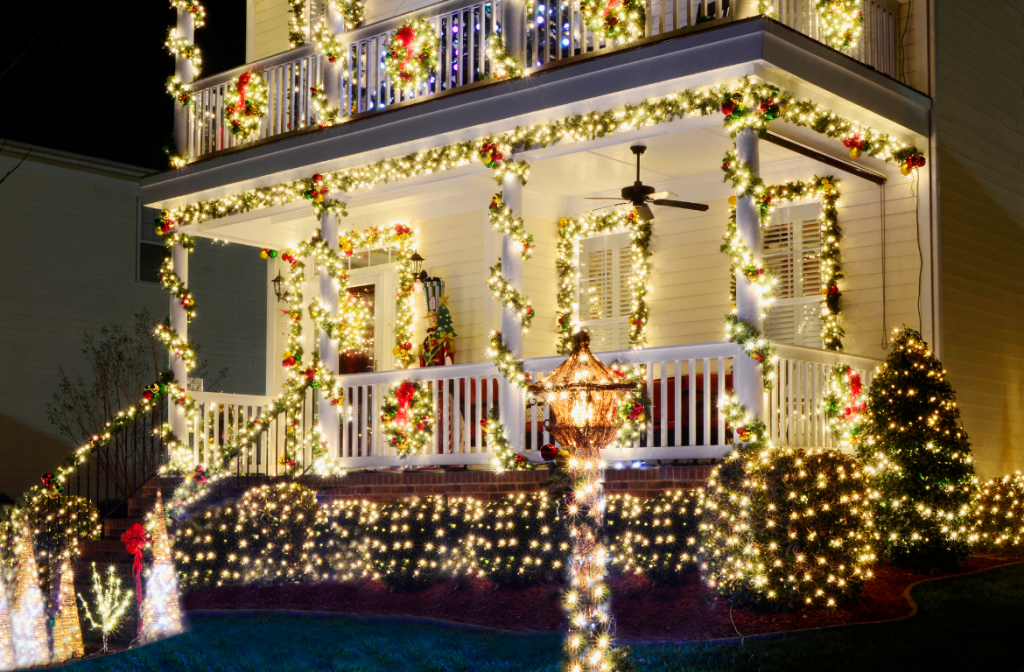 Christmas decorations in Australia are similar to those in other parts of the world. Popular decorations include string lights, tinsel, and Christmas trees. Many people also put up nativity scenes and other religious decorations.

Along with Christmas lights, some Aussies go a bit overboard with their outdoor decorations… Hallmark Keepsake Miniature Christmas Koala Ornament
$17.99
See On Amazon View Owners' Opinions
We earn a commission if you make a purchase, at no additional cost to you. Santa Kangaroo Christmas Glass Blown Ornament
$17.55
See On Amazon View Owners' Opinions
We earn a commission if you make a purchase, at no additional cost to you. Cute Retro Sunset Wombat In Cool Sunglasses Ornament
$14.98
See On Amazon
We earn a commission if you make a purchase, at no additional cost to you.

Carols are a big part of the Christmas tradition in Australia. One of the biggest Christmas events is “Carols by Candlelight”. These outdoor concerts feature traditional Christmas carols sung by local choirs and performers. They’re usually held in parks or town squares, and attendees bring along candles (or flashlights) to add to the festive atmosphere.

Carols by Candlelight started in Melbourne in 1938 and has since spread to other cities around Australia. It’s a great way to get into the Christmas spirit!

One of the most popular Christmas carols in Australia is “Aussie Jingle Bells”. This song was written in 1992 by Colin Buchanan, an Australian musician, and it quickly became a Christmas classic Down Under.

Featuring a rusty Holden ute, the scorching summer weather, kangaroos, and a BBQ by the pool, this is a real Aussie Christmas!

Santa Claus is a popular figure in Christmas celebrations all over the world, and Australia is no exception. In addition to leaving presents for good girls and boys, Santa Claus also participates in a number of community events leading up to Christmas.

You might see Santa Claus riding in a parade, visiting schools, or even taking surfing lessons! With the hot wildfire conditions, you can sometimes see Father Christmas in a fire engine, bringing presents to children in the hospital.

Christmas parties are a popular way to celebrate the holiday in Australia. Many workplaces hold end-of-year parties to celebrate the festive season. These parties often involve Christmas games, Secret Santa gifts, and of course, plenty of food and drink.

If you’re not working over the Christmas period, you might want to throw your own party at home. Invite some friends over, decorate your house, and have a great time!

One of the best parts about Christmas is all of the delicious food that’s served! Christmas dinner in Australia is a mix of both traditional and modern celebrations.

The traditional main Christmas meal is usually roast lamb, chicken, or turkey, or a baked ham served with vegetables, mashed potatoes, and all the trimmings. For dessert? Australians enjoy traditional Christmas desserts like a traditional plum pudding with brandy sauce, pudding, mince pies, or a trifle (a layered dessert made with sponge cake, fruit, custard, and whipped cream). Yum!

Another “modern” tradition that Australians have taken from other cultures is the BBQ. Christmas is the perfect time to fire up the grill and cook some delicious food for family and friends.

A special Aussie Christmas includes pavlova – a meringue-based dessert that’s topped with whipped cream and fresh fruit. This light and airy treat is believed to have been created in honor of Russian ballerina Anna Pavlova, who toured Australia and New Zealand in the 1920s. Nowadays, you’ll find pavlova served with ice cream on just about every Aussie Christmas table! Yum! 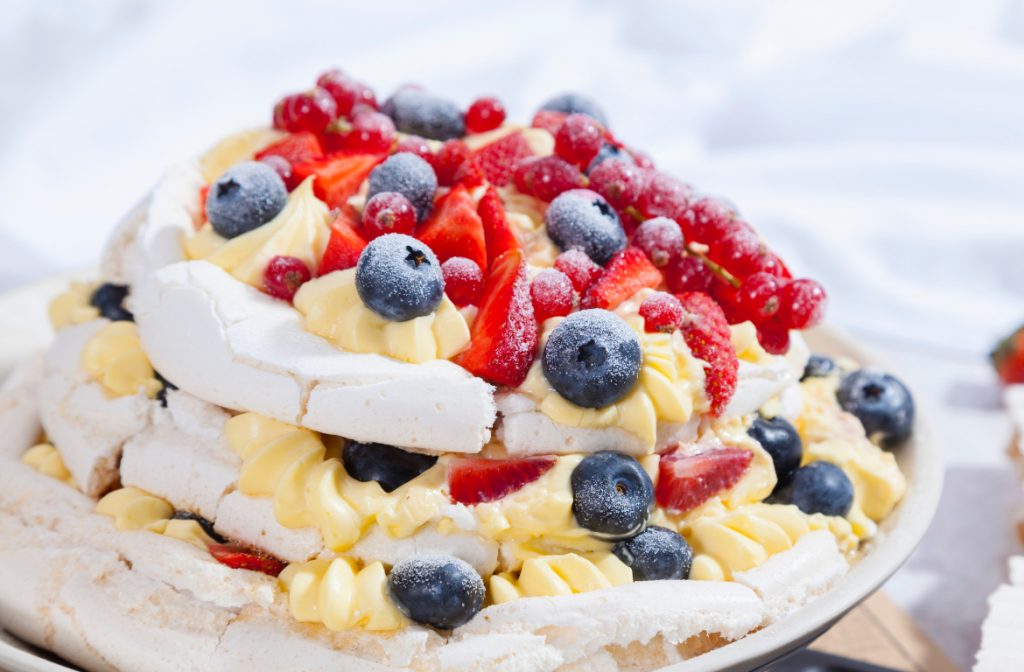 Giving gifts is a tradition that is enjoyed by many around the world, and Australians exchange gifts on Christmas Day just like people do in other parts of the world.

Australians observe the Boxing Day tradition. Boxing Day is an official holiday that falls on December 26th each year. It is a day when many people have time off work or school and can relax with family and friends. Traditionally, it’s also when many stores have sales.

Another popular tradition is the Boxing Day cricket match. This is a cricket match that is held on the day after Christmas Day. Many people get together to watch the match and have a picnic lunch.

It is also the day when the Sydney to Hobart Yacht Race starts and some people are glued to their television sets to watch the race!

New Year’s Eve is another opportunity for Australians to celebrate with loved ones. It is common for people to stay up until midnight to watch the fireworks, and celebrate the start of a new year. The spectacular fireworks show on Sydney Harbour is televised, and is one of the first places in the world to welcome in the new year!

Where To Spend Christmas In Australia

There are plenty of places to spend Christmas in Australia! If you’re looking for a traditional Aussie Christmas, then head to the beach. Many Australians enjoy spending Christmas Day outdoors, swimming, playing cricket, and enjoying a BBQ lunch.

You can head to the Blue Mountains in New South Wales for a festive getaway, or escape the heat and spend Christmas in Tasmania. There are also plenty of Christmas markets and events held in capital cities like Sydney, Melbourne, Brisbane, and Perth.

No matter where you spend it, Christmas in Australia is a fun and festive time of year! 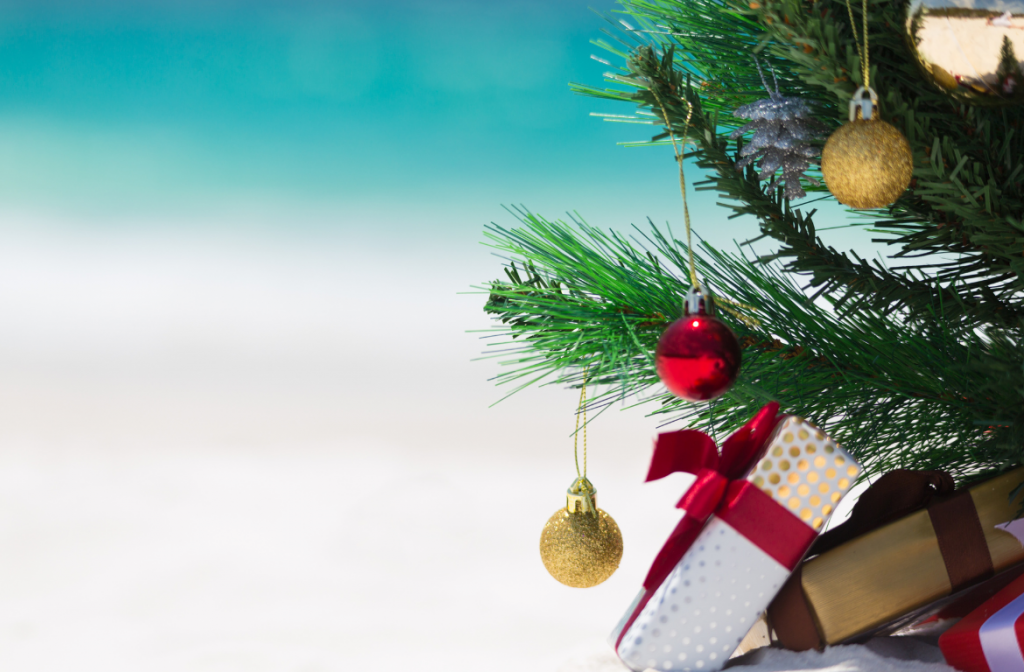 Christmas On The Beach

One of the most iconic images of an Australian Christmas is of families gathered on the beach for a BBQ lunch. That’s right – instead of roasting a turkey in the oven, many Aussies will fire up the grill for a fresh seafood feast. If they live on the coast, Christmas in Australia wouldn’t be complete without a trip to the beach. Whether it’s for a swim, a game of cricket or just to relax and soak up the sun, heading to the beach is a quintessential Aussie pastime. 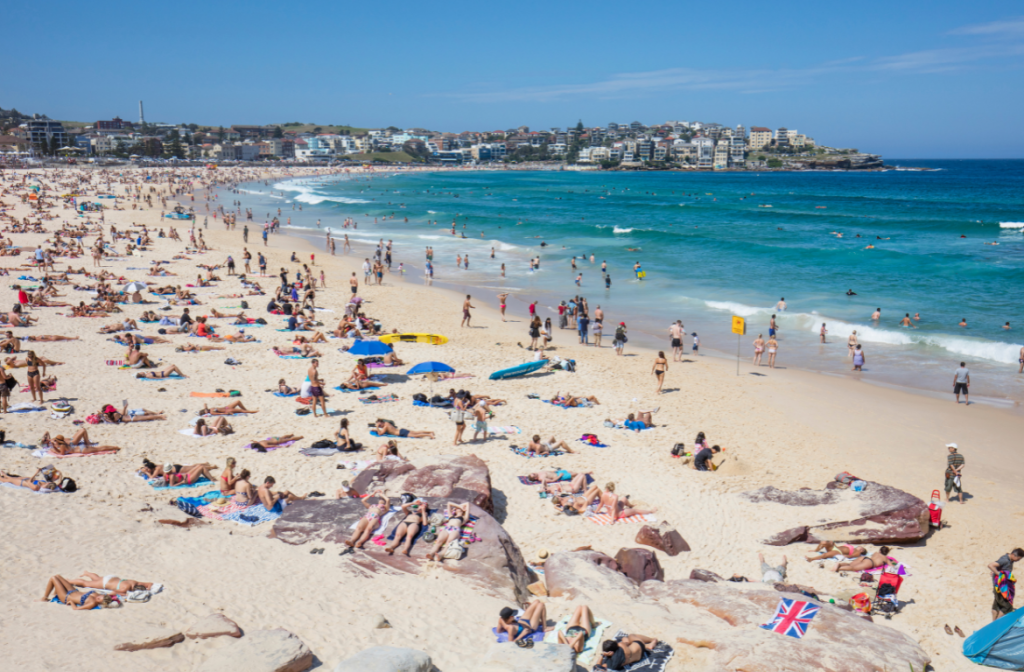 Another popular way to enjoy the festive season is by spending time in the garden. Many Australians take advantage of the warm weather and long days by decorating their outdoor spaces with Christmas lights and decorations.

From barbecues and beach cricket to carols and pavlova, there’s plenty to enjoy Down Under during the holidays! So, if you’re looking for an exciting and unique way to celebrate Christmas this year, be sure to check out the traditions that Australians follow! If you’re in Australia for Christmas, you’re sure to have a blast!