Every year, kids all over the world anxiously await Christmas morning. They lie in bed at night, dreaming of all the presents they’ll find under the tree come morning. But what happens when they wake up to find a lump of coal instead?

Lumps of coal have been a part of Christmas lore for centuries. The tradition started as a way to warn naughty girls and boys against misbehaving. After all, what could be more feared than waking up on Christmas morning to find a piece of coal in their stocking?

But where did this tradition come from? Believe it or not, the origins of the lump of coal tradition are actually quite tame.

Where Did The Lump Of Coal Tradition For Christmas Originate?

There are several different theories out there about the history of the lump of coal tradition.

One popular theory is that it started with Saint Nicholas. According to legend, Saint Nicholas once came across a poor man who had three daughters. The man was so poor that he couldn’t afford to provide dowries for his daughters, which meant they would never be able to marry.

Saint Nicholas took pity on the man and his daughters. He snuck into their house one night and left three bags of gold coins by the fireplace. This money was enough to provide dowries for the man’s daughters and saved them from a life of poverty.

As the story goes, Saint Nicholas left one of the bags of gold in a stocking that was hanging by the fire. This is where the tradition of leaving presents in stockings on Christmas Eve comes from.

The lump of coal tradition is thought to have started as a way to punish naughty children. Throughout the year, the threat of coal in your stocking was enough to encourage good behavior in a child. After all, who would want to wake up on Christmas morning to find a lump of coal in their Christmas stocking instead of gifts?

Coal As A Gift

The first recorded instance of someone receiving a lump of coal for Christmas dates back to 18th century England. At that time, coal was very expensive and only used by the wealthy. At Christmas, it was customary for wealthy people to give their servants lumps of coal as gifts. These poor people would then use these lumps of coal to heat their homes during the winter months. In some versions of the story, the servants would also give their masters lumps of coal as gifts. This was seen as a way of thanking them for their generosity. 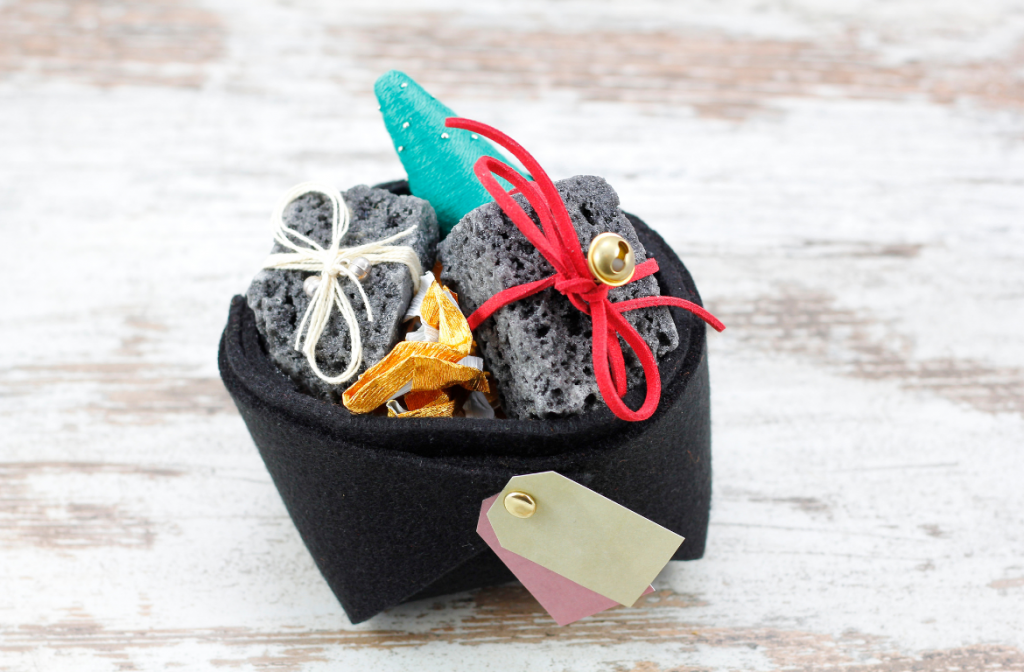 Interestingly, the idea of giving coal as a Christmas gift actually predates this punishment. In 16th century England, it was customary to give small pieces of coal to guests as they left your home. This was seen as a gesture of goodwill and was thought to bring luck to the recipient. It wasn’t until later that giving coal became associated with bad behavior.

According to Italian folklore, the practice of giving a lump of coal to children on Christmas Day first started in Italy in the Middle Ages. At the time, many people in Europe believed that coal was magical and could bring good luck. So, when Italian children found coal in their Christmas stockings, they saw it as a sign that they would have good fortune in the year to come.

Coal As A Punishment

The tradition didn’t really catch on in America until the 1800s. In 18th century America, coal was much more of a rarity than it was in Europe. But who would leave gifts of coal?

Well, when American children found lumps of coal in their stockings on Christmas morning, they saw it as a sign that Santa was paying attention to who had been naughty and who had been nice.

As time went on, the tradition changed. Putting coal in Christmas stockings became a way of punishing naughty children.

In many cases, Santa Claus himself would leave only coal for naughty children on Christmas Eve. This helped solidify the association between receiving a lump of coal and being naughty. As you can imagine, this wasn’t a very popular tradition with bad children!

Where Does Santa Get His Coal?

As it turns out, Santa gets his coal from a very special place. Every year, Santa Claus receives a delivery of coal from the Coal Miner’s Elf. This elf is responsible for mining coal and delivering it to Santa so that he can give it to the children on his naughty list on Christmas Eve.

The Coal Miner’s Elf is a very important member of Santa’s team. Without him, Santa would have no way of knowing which children had been naughty and which had been nice. And, of course, coal is the only thing that Santa can give to naughty children on Christmas Eve.

So, next time you find a lump of coal in your stocking, remember that it’s a sign that Santa is watching you and knows whether you’ve been good or bad. And, if you’ve been naughty, it’s probably best to start behaving yourself from now on! After all, you don’t want to end up on the Coal Miner’s Elf’s list. 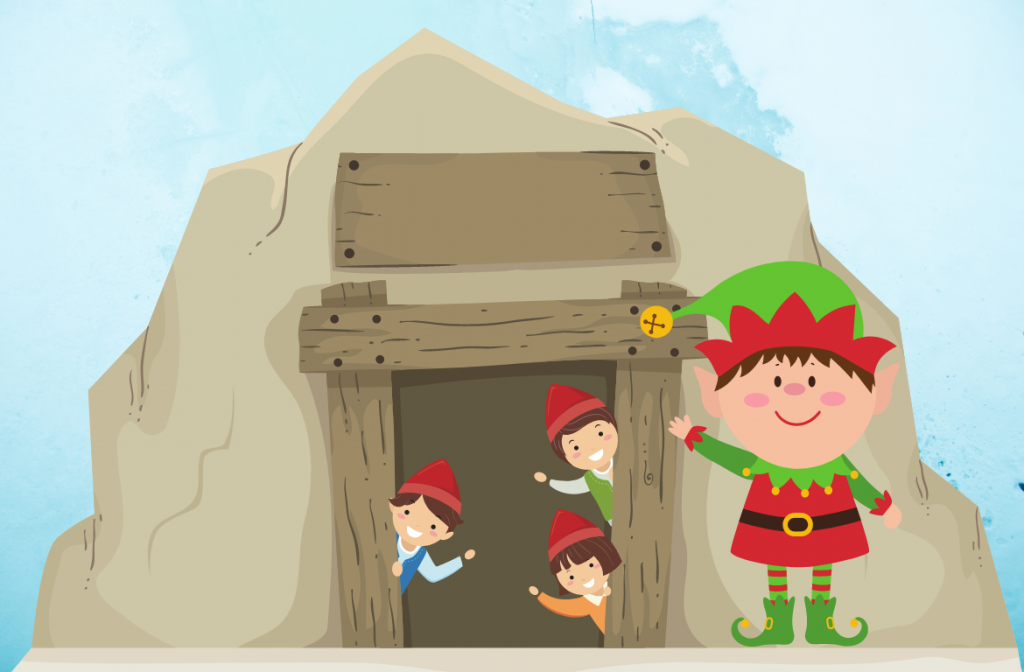 Fortunately, over time the tradition has evolved once again, and receiving a lump of coal is no longer seen as a punishment. These days, people often give each other lumps of coal as jokes or as gag gifts. So, if you receive a lump of coal in your stocking this year, don’t be too upset— chances are it’s just a light-hearted joke from a well-meaning friend or family member. 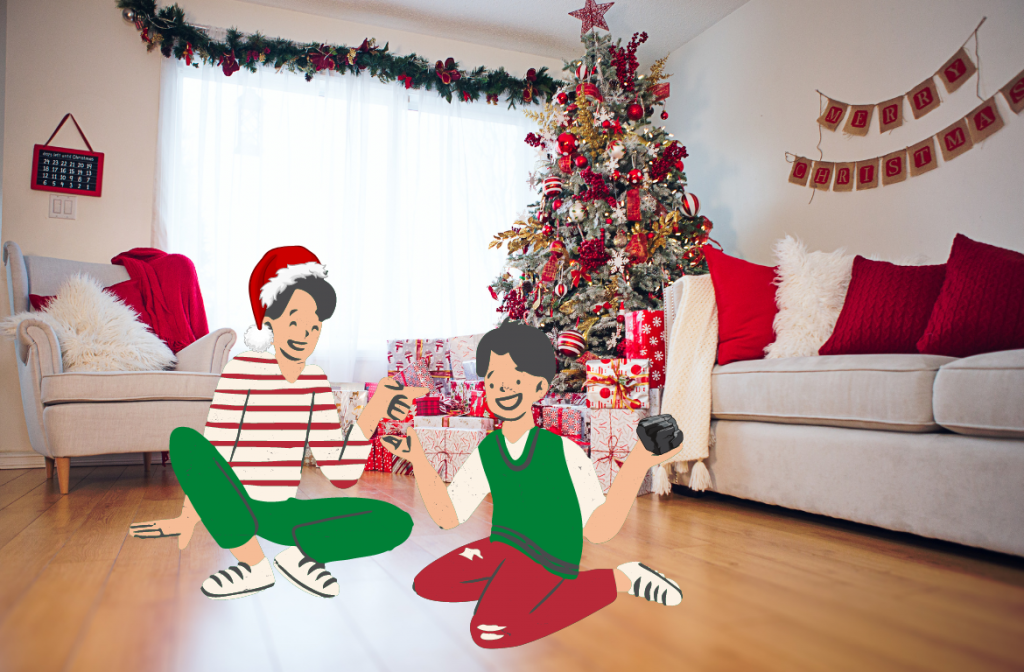 Whether you love it or hate it, the lump of coal tradition is here to stay. Just remember that if you do receive a lump of coal in your stocking this year, it’s probably not because you’ve been naughty—it’s more likely that someone is just trying to make you laugh.