Christmas is a time for family, friends, and of course, food. But what’s the best day to have Christmas dinner? Some people say that you should have it on Christmas Eve, while others think that Christmas Day is the best option. In this blog post, we will explore both options and help you decide which one is right for you!

A Short History Of Celebration Dinners

Eating a celebration meal with loved ones has taken place long before the first Christmas dinners. The tradition of breaking bread together dates back thousands of years and has been a part of many cultures around the world.

One of the earliest examples of a celebration dinner can be found in the Bible. In the book of Genesis, we read about how Abraham entertained three angels who had come to visit him. Abraham prepared a feast for them and even offered them some of his finest food and drink.

This act of hospitality was so important to Abraham that he is later commended for it by God Himself! We see from this story that sharing a meal with others was considered a very special thing even way back then.

Throughout history, there have been many other examples of special meals being shared to mark a special occasion. In ancient Greece, for example, feasts were often held in honor of the gods.

The ancient Romans also had their fair share of feasts and celebrations. One of the most famous was where the winter solstice was celebrated with a feast called Saturnalia. This feast was held every December in honor of the god Saturn and it lasted for seven days. This festival was a time of great revelry and merrymaking, with people feasting and drinking to their hearts’ content! It’s no wonder that some of our modern-day Christmas traditions have their roots in this ancient Roman festival.

And in medieval England, huge banquets were held to celebrate a victory in battle or the coronation of a new king or queen. These lavish events would often last for days and featured lots of food and drink, as well as music and dancing.

So next time you sit down to enjoy a Christmas dinner with your extended family and friends, remember that you are taking part in a tradition that has been enjoyed by people for thousands of years! 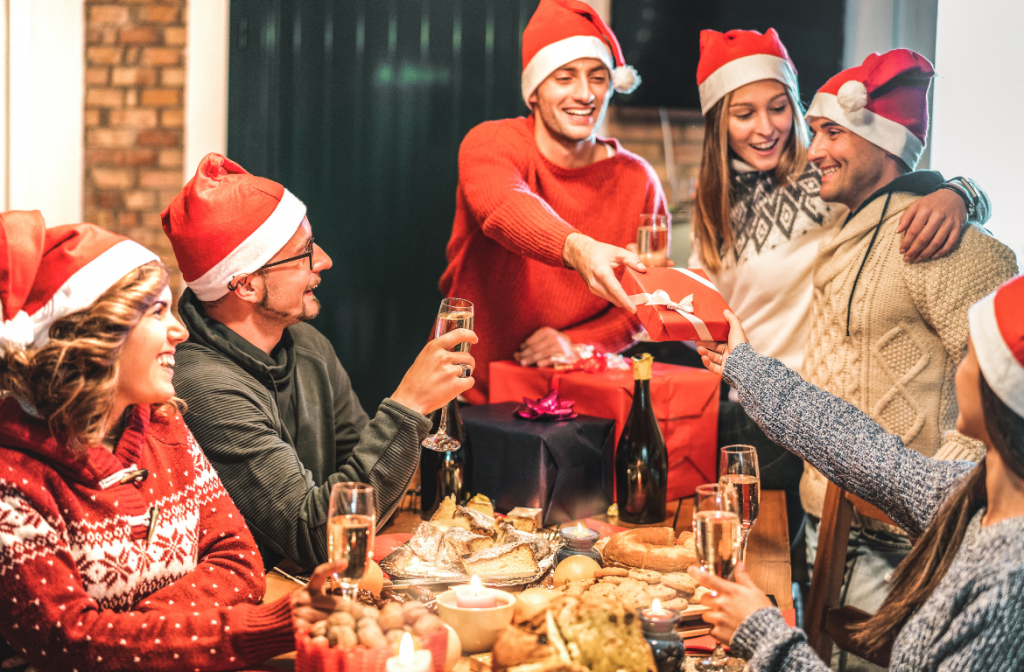 The early Christians also celebrated a festival on December 25th, but it wasn’t until the fourth century that Christmas became an official holiday. Early Christmas meals were quite simple, usually just porridge or stew. It wasn’t until later centuries that more elaborate dishes started appearing on the table.

In Victorian times, Christmas dinner became more elaborate and it began to be served in the evening. This meant that people could enjoy a longer celebration with their friends and family. The meal would often include several courses, such as soup, fish, meat, vegetables, and dessert.

No matter what country you’re in or what dish is served, one thing is for sure – Christmas dinner is a time to enjoy good food and good company. So sit back, relax and enjoy your feast!

Christmas Eve is the traditional day for Christmas dinner, although many people now celebrate Christmas Day instead.

In European countries, the traditional Christmas Eve meal is often a large dinner consisting of meat, vegetables and dessert. This dinner is usually followed by Midnight Mass and then a late-night snack of Christmas cookies or cake.

Opening presents is left until Christmas Day morning in most European countries. In America, however, it has become a tradition to open at least some presents on Christmas Eve. 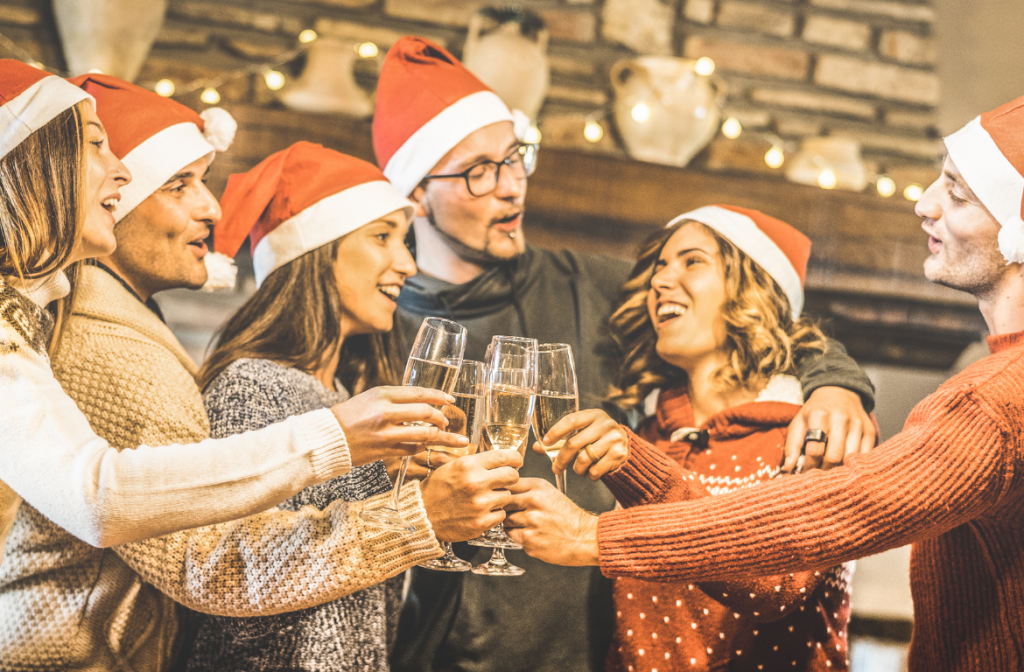 What Day Do You Eat Christmas Dinner?

There are a few schools of thought on when Christmas dinner should be eaten.

And then there are those who think it doesn’t really matter when you have it, as long as you’re with your loved ones.

So, which day is the best day for Christmas dinner? Ultimately, it is up to you and your family to decide. If you want to eat on Christmas Eve, then go for it! If you’d rather wait until Christmas Day, that’s fine too.

What Time Is Christmas Dinner Served?

Some people have very specific ideas about when the dinner should be served. For many families, it is traditional to eat at midday. Others like to wait until later in the afternoon, or even in the evening.

Some people believe that it is bad luck to eat before midnight on Christmas Eve, as that is when Baby Jesus was born. However, this is more of a superstition than anything else.

So When Is Christmas Dinner?

So, when should you serve Christmas dinner? Again, it is up to you and your family to decide. If you want to have a big Christmas lunch feast, go for it! Or if you prefer to wait until later in the day or evening for dinner time, that’s fine too.

When I was a child, my Dad was a shift worker. The Christmas schedule was always a bit chaotic because of this. We would have our Christmas dinner on whichever day my Dad had time off work.

One year, we even had our dinner on Boxing Day! It was a lovely change to have the whole family together and to be able to relax and enjoy the festive season.

Christmas is a time for family, friends, good food, and drink – what’s not to love? For many people, preparing a beautiful Christmas table and eating Christmas dinner is one of the highlights of the festive season. 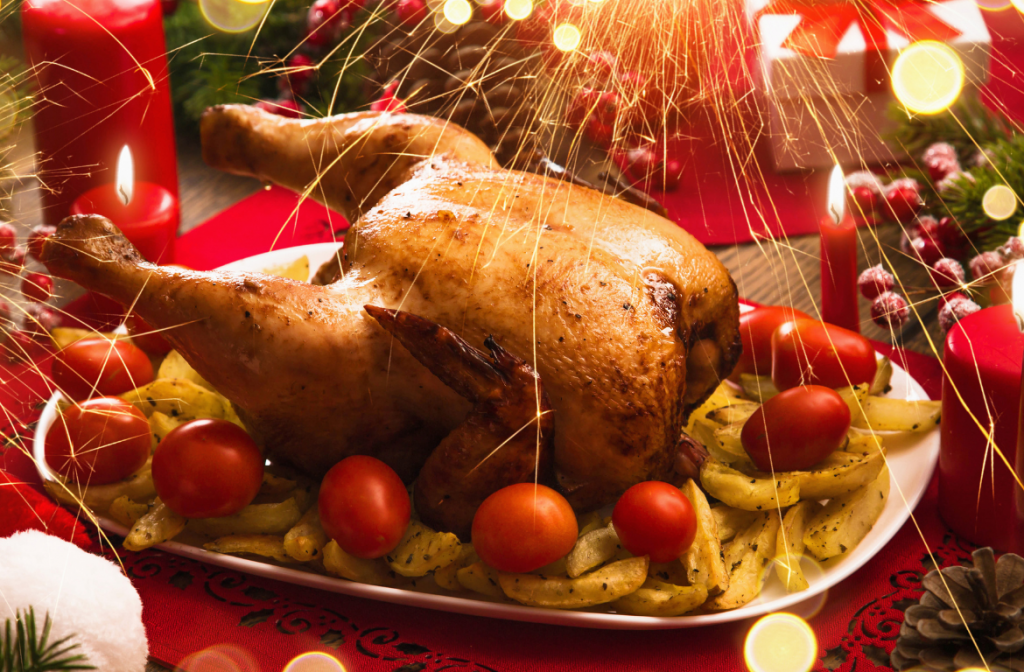 Christmas Dinner: Which Is Better, Traditional Or Modern?

So now that we know a little bit about the history of Christmas dinners, let’s take a look at the two main options: traditional and modern. Both have their pros and cons, so it’s important to decide which one is right for you.

If you’re looking for a classic Christmas dinner, then you can’t go wrong with a traditional roast. This is the meal that most of us think of when we think of Christmas dinner. It’s simple, yet so delicious.

There are several advantages to having a traditional roast dinner. Firstly, it’s very easy to prepare. You just need to put your meat in the oven and let it cook away while you prepare the rest of the meal. Secondly, it’s a great option if you’re catering for a large number of people as you can easily make enough for everyone.

However, there are also some drawbacks to having a traditional roast dinner.

One downside is that it can be quite time-consuming, especially if you’re cooking for a large group of people. If you’re planning on eating a cooked Christmas dinner at home this year, make sure to give yourself plenty of time to prepare everything in advance and you’ll need to start cooking early. Christmas dinner is a big meal, and it takes a lot of time to cook! Start planning ahead of time so that you can enjoy a stress-free holiday.

Another issue is that it can be quite expensive, especially if you’re buying good quality meat.

If you’re looking for something a little bit different, then why not try a modern Christmas dinner? This is becoming increasingly popular in recent years as people are looking for new and interesting ways to celebrate the holiday season.

One advantage of having a modern Christmas dinner is that it’s usually much quicker and easier to prepare than a traditional roast dinner. This is because you have more options when it comes to what dishes you can include. For example, you could opt for cold foods such as seafood or salads, which don’t take long to prepare.

Another benefit of having a modern Christmas dinner is that it can be cheaper than a traditional roast dinner. This is because you’re not limited to just one type of meat, so you can buy whatever is on sale.

However, there are also some drawbacks to having a modern Christmas dinner. One downside is that it might not be as filling as a traditional roast dinner. This is because you’re not including all the classic side dishes such as roast potatoes and vegetables. Another issue is that some people might find it less festive than a traditional roast dinner.

So, which is better? Traditional or modern? There’s no right or wrong answer, it all depends on what you’re looking for. If you want something quick and easy, then a modern Christmas dinner might be the best option. However, if you’re looking for a classic Christmas dinner that will be sure to fill you up, then a traditional roast is the way to go.

No matter what is on the menu, Christmas dinner is a time to gather with family and friends and enjoy each other’s company. So if you’re feeling a little stressed out about all the holiday preparations, just remember that the most important thing is to relax and have a fun merry Christmas!

Christmas dinner is a time-honored tradition that has been enjoyed by people around the world for centuries. Whether you celebrate on Christmas Eve or Christmas Day, sit down with your loved ones and enjoy a delicious meal together. And don’t forget to leave room for dessert!