Every year on Christmas Eve, Santa Claus sets out on his sleigh to deliver presents to all the good boys and girls around the world. But where does Santa Claus live? In this blog post, we’ll reveal Santa’s North Pole address so you can send him a letter of your own!

Santa Claus lives at the North Pole, which is in the northernmost spot in the Arctic Circle. The North Pole is a very cold place—so cold that it is mostly covered in ice! In fact, it’s so cold that Santa’s workshop is built underground so that it stays warm enough for the elves to work.

Even though it is cold at the North Pole, Santa and his helpers are always busy making toys for all the good children around the world. On Christmas Eve, Santa loads up his sleigh with all of the presents and then sets off on his journey. He delivers presents to every child who has been good that year—and he does it all in just one night!

Santa Claus is also known as Father Christmas or Saint Nicholas in some parts of the world. No matter what you call him, he is always bringing happiness and joy to children during the Christmas season. It’s the Christmas spirit like his that makes the season so special. Santa spends the rest of the year at the North Pole, getting ready for his big night. (Except when Santa takes his summer vacation, of course.)

What Is Santa’s North Pole Address?

Santa Claus lives in the North Pole, in a house made of candy canes and gingerbread. He has a workshop where he makes toys for all the children in the world.

Santa’s home is easy to find – it’s the house with all the lights and holiday decorations! If you’re ever in Santa’s village, make sure to stop by and say hello. Who knows, you might even get a glimpse of Mrs. Claus or one of Santa’s elves! 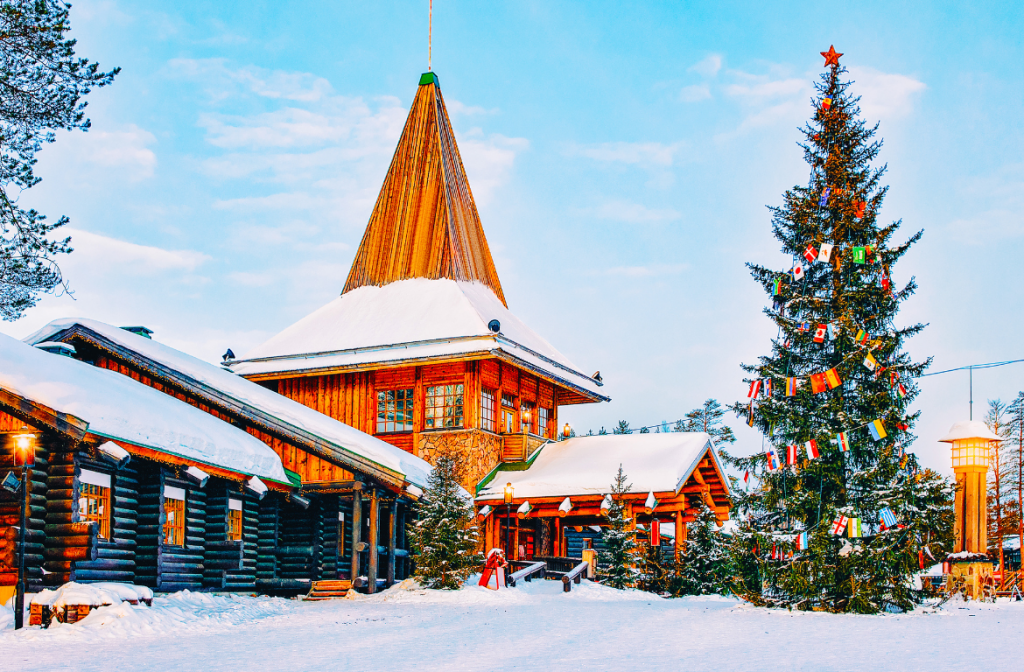 Who Lives In The North Pole With Santa?

Santa is not alone at the North Pole! He has many helpers who live with him, including Mrs. Claus, the elves, and the reindeer.

Mrs. Claus is Santa’s wife. She helps him with all of his Christmas preparations and makes sure that everything is ready for Christmas Eve. He couldn’t do it without her! 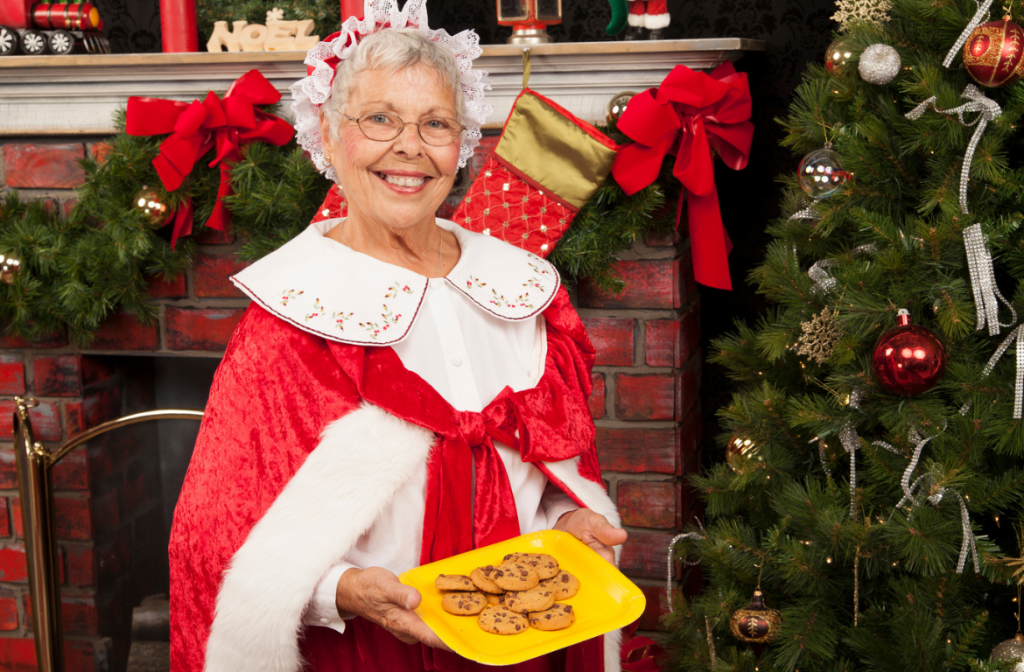 The reindeer live in the barn next to Santa’s house and are also Santa’s helpers. They are very important because they help Santa deliver presents on Christmas Eve.

Do you know all of their names? Here they are:

These nine reindeer work together every year to help deliver presents to children all around the world on Christmas Eve. They love what they do and take pride in being able to bring joy to so many people on such a special night. Santa couldn’t do it without them! 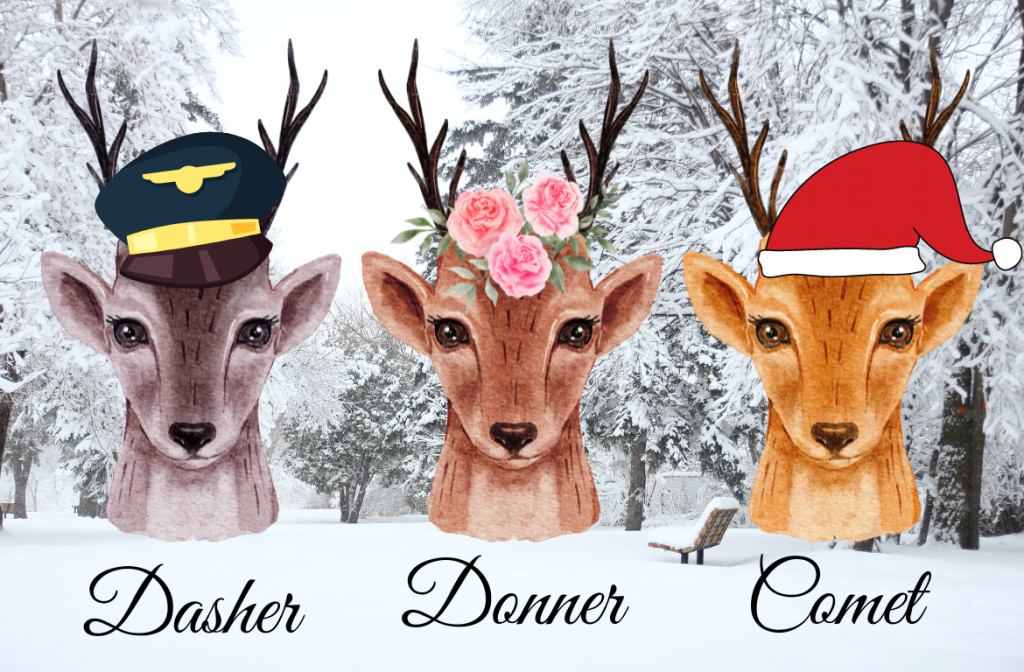 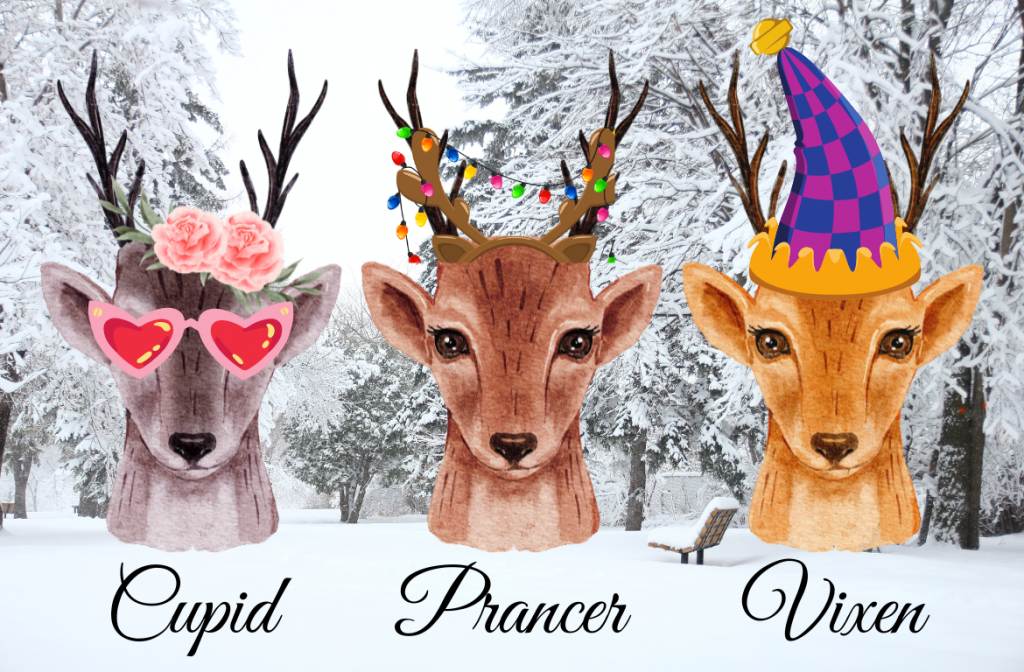 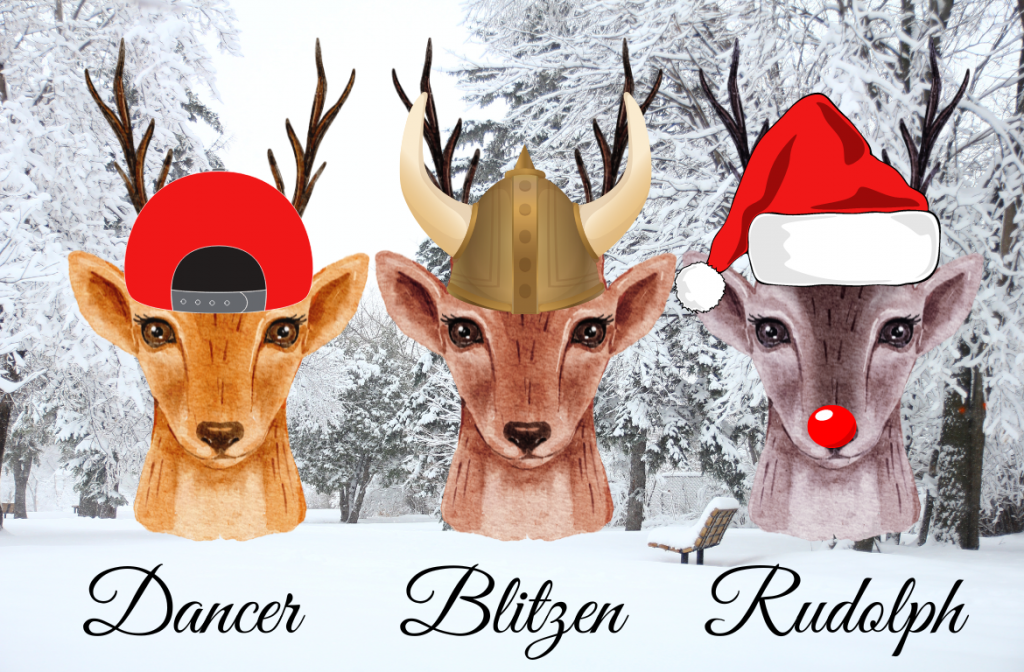 Santa also has a lot of elves who live with him at the North Pole and help him make toys for all the children. Elves are very small and have pointy ears. They are also very fast and agile, which comes in handy when they’re making toys or wrapping presents!

There are hundreds of elves who live at the North Pole and they are all very busy! There are many different types of elves, each with their own special skill. 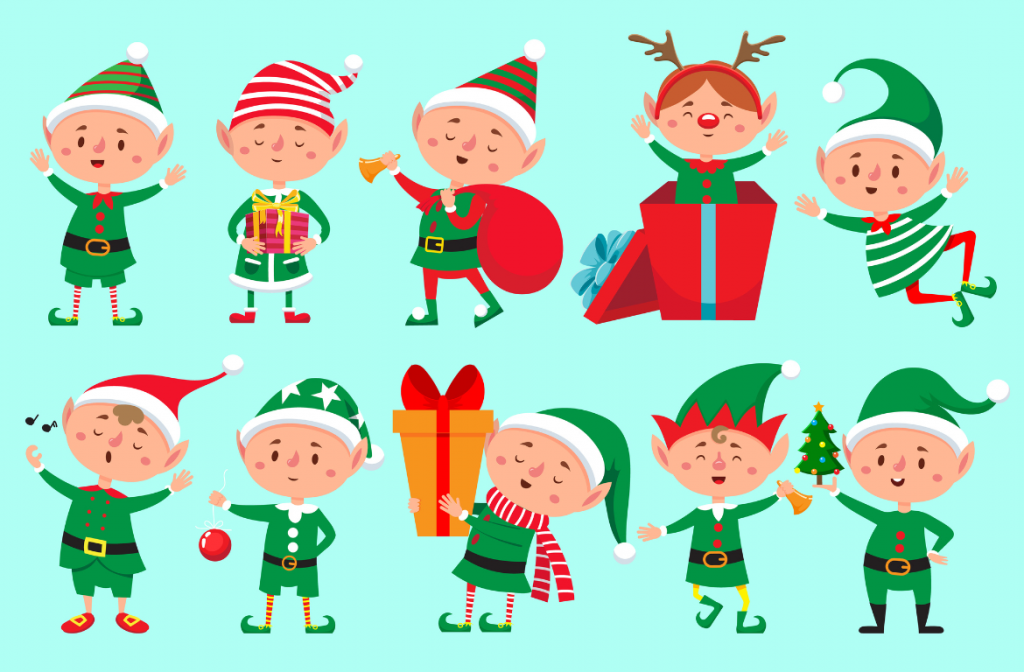 According to tradition, Santa’s workshop is located at the North Pole. Let’s take a look inside and see what it’s like!

The first thing you notice when you enter Santa’s workshop is the immense size of the place. It seems like it goes on for miles in every direction! And indeed it does; the workshop employs hundreds of elves who work tirelessly day and night to create toys for all the children of the world. The elves are divided into teams, each of which specializes in making a certain type of toy. There are Teams 1-10, each responsible for a different category of toy.

Team 1, for example, is in charge of dolls; Team 2 handles cars and trucks; Team 3 makes bicycles and tricycles; and so on. Every member of every team is an expert in his or her field, and they take great pride in their work. After all, they know that when Christmas Eve comes, their toys will bring smiles to the faces of children all over the globe!

This workshop is a bustling place, full of activity at all hours of the day and night. Even though it’s always busy, there’s never any noise; that’s because Santa has invented a special way to make sure that his elves can always hear each other without having to raise their voices.

Santa’s workshop at the North Pole is a special place where happiness is created every day of the year! Thanks to Santa and his team of hardworking elves, children around the world will wake up on Christmas morning to find presents waiting for them under the tree. What could be more magical than that? 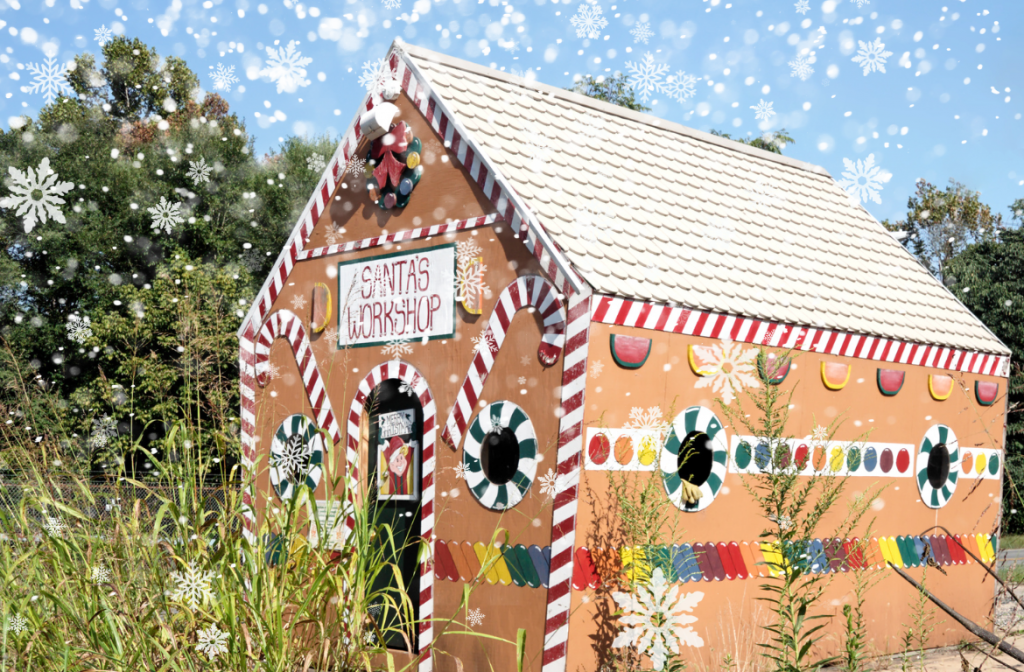 Do you want to learn more about Santa Claus and Christmas? Check out these books! The Night Before Christmas By Clement C Moore, Illustrated By Robert Ingpen
$7.29
See On Amazon View Owners' Opinions
We earn a commission if you make a purchase, at no additional cost to you. Polar Express By Chris Van Allsburg
$9.67
See On Amazon View Owners' Opinions
We earn a commission if you make a purchase, at no additional cost to you. "How the Grinch Stole Christmas!" By Dr. Seuss
$7.70
See On Amazon View Owners' Opinions
We earn a commission if you make a purchase, at no additional cost to you.

Now that you know where Santa lives, why not take a moment to write him a letter? He loves receiving your letters! As always, make sure to be good so you can be sure to end up on the nice list.

The next time you set out a plate of cookies and a glass of milk for Santa on Christmas Eve, you can tell your friends and family that you know exactly where he’ll be coming from. Ho ho ho! Merry Christmas! 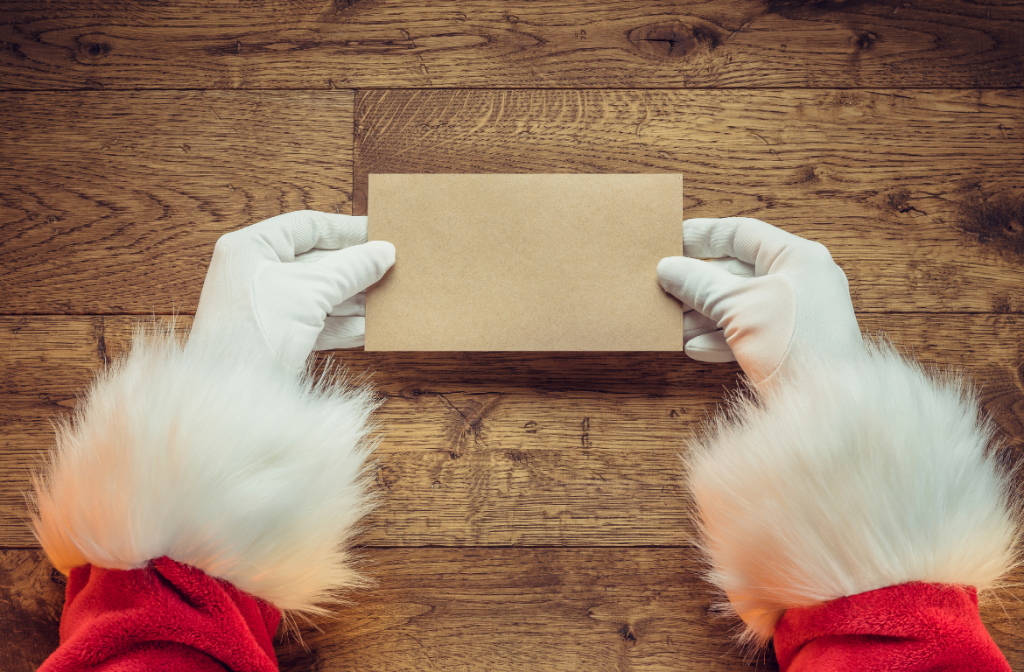